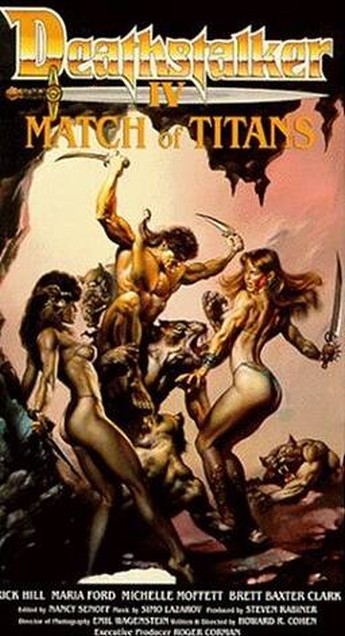 [10] Don’t confuse this with Deathstalker, or Deathstalker II: Clash of the Titans, as according to the end credits this is Deathstalker 4: The Darkest Hour. Now we’ve got that out of the way, I can tell you that the movie itself is astonishingly naff. Whatever happened to real sword and sorcery, with blood and bosoms? Rick Hall, the hero from the first movie, has returned to the role, and he brings a similar self-effacing humour to it as John Terlesky did in number 2. This helps a bit, as do the warrior women also competing in a tournament at a castle where the plot unfolds (the usual: evil princess and magic). And while it might be hard to dislike a film with an exchange like “A toast!”. “No, just some coffee…”, this movie almost manages to make you do it.