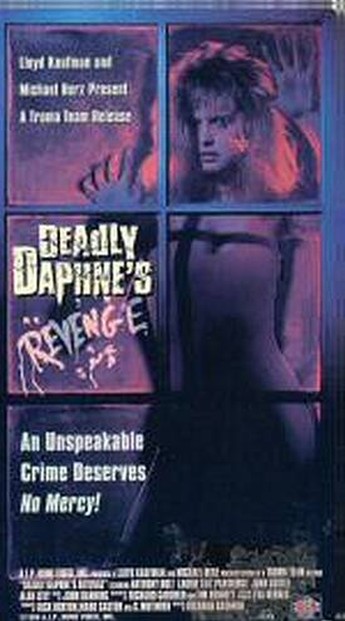 The sleeve remains almost entirely vague about the content of the film within, which is probably something to do with self-incrimination, since if you knew what it was like, you wouldn’t touch it with someone else’s ten-foot bargepole. It uses all its energy trying to achieve basic technical levels of competency (failing badly in areas like acting), and so has none left to deal with sporadic interesting ideas like, what happens if you organise a hit on someone, then realise you need them alive? Only the first two and last five minutes involve Deadly Daphne and her Revenge, the middle 90 being more of a rape-legal-thriller sort of thing. It’s hard to tell which is the duller, but it’s definitely one of the worst things with the Troma name attached to it, and that’s against some stiff competition…