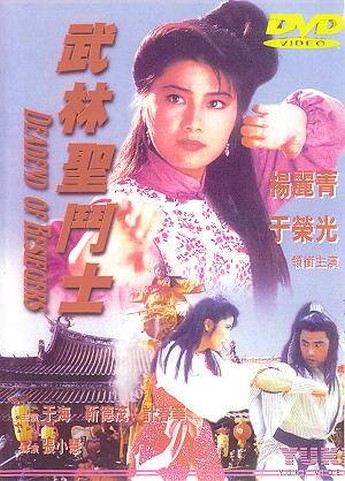 Another one of those impenetrable Hong Kong titles, this time concealing an impressive action film with plenty of martial arts, Yu, star of Iron Monkey, here plays Wuwechimatao (a name almost as unintelligible as the title), a Japanese fighter who travels to China to learn new skills, after getting his butt kicked by foreign devil Dale Cook. There, he’s mistaken for one of the pirates who are ravaging the area – kinda understandable, since he arrives on their ship – but rescues a little girl whose sister Cui Gu (Khan) just happens to be mistress in the Dog Fist style. He overhears the pirates plotting to steal a local treasure, and also has to convince Cui’s fiance that he did not kill anyone’s father.

It’s an interesting twist to have a Japanese character as the hero, and the film makes several sharp jabs at the prejudice that exists in China against their neighbours (and vice versa, it has to be said) – Wuwechimatao is often presumed to be evil, simply because of his nationality. The fights are so copious, it scarcely matters that the English subtitles frequently fall below the screen. Covering both martial arts and swordplay, it builds to a grand finale in a burning warehouse, though it crams so many battles in that you feel they’d perhaps have been better off with fewer fights, at greater length.