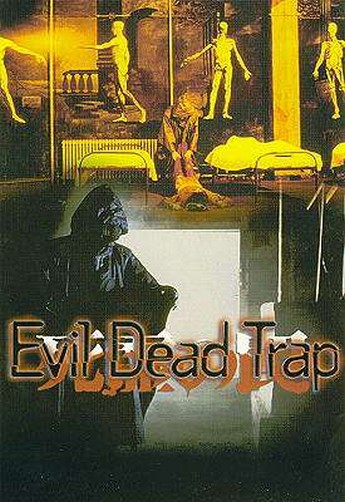 Despite the title, this has less in common with Sam Raimi than Dario Argento: take a group of people (mostly attractive women), shut them in a confined location, and get them stalked, slashed and suffering a series of grisly fates, largely in defiance of conventional logic. Oh, and have Goblin-esque music blasting relentlessly on the soundtrack. The justification here is a “snuff” video, leading a TV crew to an abandoned army base where a creepy guy and his ‘brother’ await them.

Early on, this works well, with some imaginative murders, and clever use of the location and equipment. A sequence involving a flash-gun is positively inspired, and the fate of one poor victim is about as harrowing a way to go as can be imagined. She’s raped, has her assailant murdered while he’s on top of her, and she’s then garotted and pulled backwards over the roof of a van. All too soon, however – barely half-way – we’re down to one survivor plus the creepy guy, and the film loses steam, meandering around badly-lit corridors, killing time, rather than characters, until the finale.

Which is certainly memorable, and not what we expected [I defy anyone to say they saw it coming!], though it looks as if David Cronenberg came in to replace Argento, body-horror supplanting the slasher motif. An explanation would be welcome, but this film relies more on atmosphere than sense – and, despite poor pacing, largely succeeds on those terms.