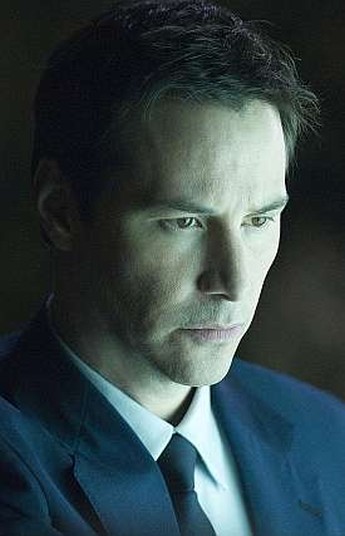 I’ve said it before and I’ll say it again: you should only remake movies where there is clear scope for improvement on the original. And I sincerely doubt anyone looked at the original Day The Earth Stood Still and thought, “What this really needs is whizzy special effects.” It wasn’t Roland Emmerich disaster-porn, it was a great deal more cerebral than that; while the central concept is retained, the Cold War threat of armageddon has been replaced with a bunch of pseud-mystical environmentalist mumbo-jumbo. This is not an improvement. It does, however, likely explain why Buddhist Reeves is involved, and I have to say, his deadpan approach is a good one for the subject matter. He’s Klaatu, the alien who lands in Central Park, and decides that the Earth can only be saved by the removal of humanity. It’s up to astrobiologist Dr. Helen Benson (Connelly) to convince him otherwise – and humming a few bars of Bach ain’t gonna do it. Neither is her irritating step-son (Smith), whose idea of befriending Klaatu is phoning the authorities to report his location. Ain’t xenophobia cute?

The (re)makers have beefed up Gort, Klaatu’s robotic sidekick, considerably, both in size and general badassness – I am tempted to suggest he shows more emotion than Klaatu i.e. any. The destruction that results when Gort gets peeved, reminded me more of The Langoliers than anything, It certainly has its moments, such as reducing a sports stadium to dust – though apparently, you just need to shelter beneath an underpass to be completely safe. Where the film falls down is, depite some mildly-successful efforts to tug at the heartstrings, its failure to provide any compelling argument that humanity is worth saving. The crux of the case appears to be “Well, desperation is the mother of a change in global consciousness.” If that’s all we’ve got to go on, then I’m hardly convinced, and Klaatu should probably be allowed to get on with cleansing the world. All this, and if they ever said “Klaatu Barada Nikto,” it was drowned out by the score. Disaappointing.