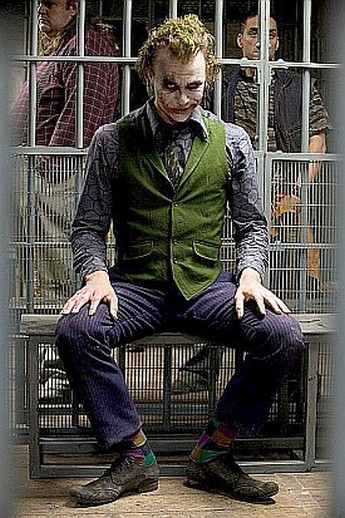 Yes, Heath Ledger is as good as advertised. All other prospective Supporting Actor nominees can head off on holiday early in end of 2009, because they certainly won’t be making any acceptance speeches. Of course, neither will Heath. What? Too soon? Anyway, the rest of the film is, if not quite up to the same level, still arguably the best Batman film – though I have a soft spot for Batman Returns. Here, the key moral question is, how far will you go in order to stop evil? That being Ledger’s Joker, who causes carnage and chaos simply for the sake of it; while at various points in the film, he comes up with several justifications for his psychoses, it’s never the same twice [an idea also used in Henry: Portrait of a Serial Killer]. How much will Batman have to compromise his morals in his pursuit? It’s certainly one of the darkest superhero movies of all time; all Bruce Wayne really wants to do is discard his alter-ego and have a normal life. However, with the forces of law and order hamstrung by legal niceties, he has no option but to don the cape and rev up the Batmobile, to protect the more or less innocent, people whom the Joker has absolutely no problems killing.

Despite this, it contains a number of flaws, the most obvious being Batman’s voice, which left me wanting to clear my throat every time he spoke. While I know he needs to disguise it, this is a man who can get anything he wants – except, it appears, a voice-changer, such as the ones sold by Toys R Us for ten bucks. The film is also too explanatory, most obviously, when Alfred rambles off on a story about precious gems in Burma. Ledger’s performance is so good, it doesn’t need any explanation or analysis, and at 150 minutes, neither does the movie. The “Two-Face” subplot adds little to the film, and Oldman’s cop is almost redundant too. You find yourself waiting for the next time Ledger enters the scene, knowing that every time he does, he lights it up with an incandescent fury, that surpasses anything to come out of Hollywood in at least a decade. Add that to some spectacular action set-pieces and striking cinematography, and it’s easy to see why this is likely going to be the biggest hit since Titanic – and, mercifully, without Celine Dion.