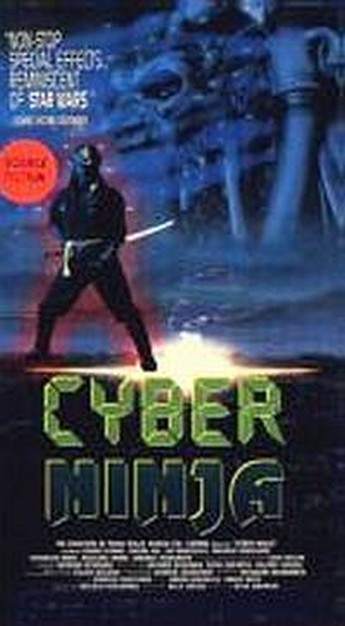 If this comes across as a slightly more mature version of Mighty Morphin’ Power Rangers, it’s no surprise, as Amemiya was a costume designer on the highly similar Kamen Rider. The setting here is techno-samurai, with a brave, outgunned bunch of humans, trying to take on the titular creatures, aided by a renegade cyborg. At 73 minutes long, it’s barely a feature, but despite its obvious cheapness, manages to look surprisingly good; the director pulled off similar tricks with the Zeiram series, which also surpass budgetary limitations. Easily the worst element is, for once, not the dubbing; instead, a cheesy synth soundtrack devalues the whole thing, closely followed by the “somewhat limited” stunts (and I’m being kind). It’s all a bit unconvincing, but is definitely not your usual SF.