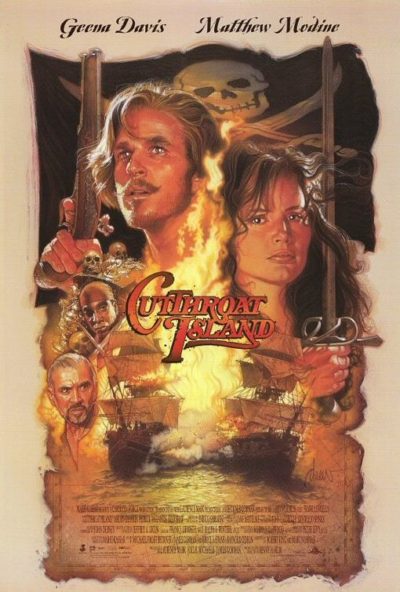 After the disappointing Long Kiss Goodnight, I was pleasantly surprised by this – though admittedly wasn’t expecting much – as Geena Davis gets support from Matthew Modine, Frank Langella and a bunch of other memorable characters. It lacks the heavy-handed moralising which sank ‘Kiss’, and Harlin pitches it with the right level of tongue-in-cheek. Things getting slow? Let’s blow something else up. This attitude culminates in an explosion which is so large it tends to suggest pirates had access to nuclear weapons. A fast, flashy and unpretentious film, which substitutes things going ‘Foom!’ for a real plot.