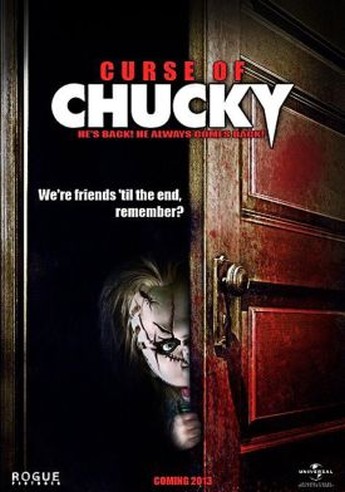 While technically a sequel – particularly at the end, there are a number of shout-outs to the previous entries in the series (definitely sit through the credits) – this is as much a reboot as anything, replacing the comedic tone of the later films with a more straightforward, stalk ‘n’ slash. In this case, the doorstep the doll turns up on, belongs to Nica Pierce (Fiona Dourif; daughter of Brad, which makes this only slightly less creepy than Dario Argento making his daughter get nekkid), a disabled young woman living with her mother. When the latter becomes Chucky’s first victim, big sister Barb (Bisutti) and her family turn up, suggesting that Nica might consider an assisted living facility, since she clearly can’t take care of herself, and hey, might as well go ahead and sell the house while we’re at it. Naturally, it’s not long before Nica is having to demonstrate her independence by fighting for her life against an animated toy with a severe grudge: as we’ve seen, this is not easy when you’re able-bodied, never mind confined to a wheelchair.

The return to an “old-school” approach is a bit of a mixed bag: while it’s good to see horror move to the front, this means the weaknesses of the genre are enhanced as well as the strengths, despite some fairly innovative efforts to work around them, e.g. the disabled heroine. It’s perhaps played too straight: let’s face it, the concept of doll possessed by the spirit of a serial-killer is pretty daft, and some more acknowledgment of this might have strengthened things. Instead, the humour is largely limited to the little girl telling her mother she knows there is no God because Chucky told her, as well as the final few minutes, which feature a couple of great cameos from those who appeared previously. More of Dourif would certainly have been welcome, since he brings the necessary level of enthusiaswm to his roles, as both the voice of Chucky and the psycho who lives inside him. The time passed pleasantly enough, albeit without significant surprises. If there were to be future entries, put me down as mildly interested in seeing them.