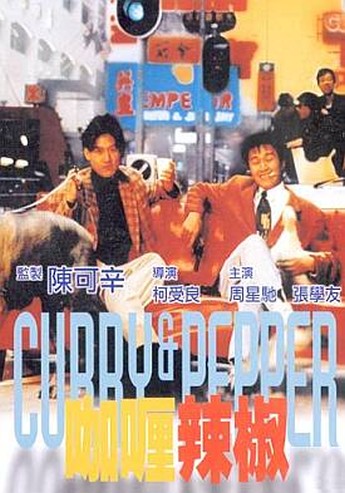 Chow and Cheung are two cops of unorthodox methods and personalities, who fall out over large-breasted TV presenter Ann Bridgewater when she picks them for a report. The pair have a great rapport, but there’s not much else going on around them; the romantic angles don’t work, and the action subplot, with the duo seeking a particularly violent criminal called Mad Dog (shades of Hard Boiled?), doesn’t stick in the memory either. It’s all pretty predictable: when a character has a bullet on a chain round his neck, you just know he’s going to run out of ammo at the finale. Pom Pom + Hot Hot is a superior entry in the “Stephen Chow plays an offbeat policeman” genre, though I admit sniggering at Cheung’s claim to have gone to Fukien University – purely so he can say “Fuk U”…