Aspiring film-maker Tyler Sternberg (Darling) gets a commission to follow researcher into cults, Robert Regis (Marchbank) on his latest line of inquiry. He is digging into a ultra-secretive occult order, the immortality seeking Disciples of Abbadon. They eschew wealth and power in order to remain below the radar, and have been thoroughly successful in this endeavour over the centuries. But Regis believes he has documentation which will allow him to locate the cult’s rituals, including a human sacrifice to Abbadon. As he gets closer, however, Tyler becomes the target of increasingly disturbing incidents, such as mysterious break-ins by robed figures, to the house he shares with his girlfriend, Leia (Mai). How far will the Disciples go to protect their secrets? 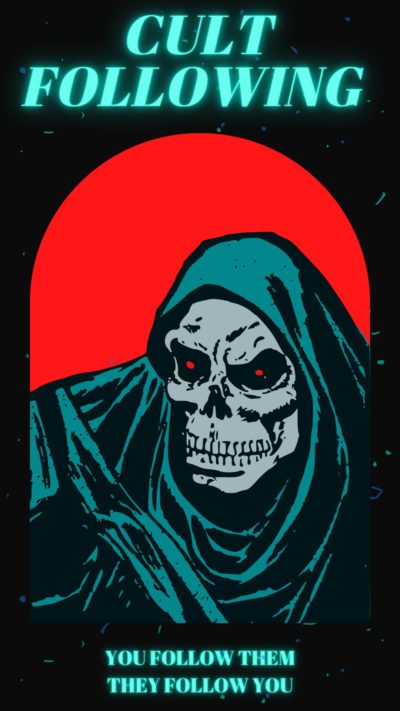 This is the kind pf cinematic rabbit-hole down which I am usually more than willing to descend. But I didn’t like this as much as I hoped. Part of the problem is, I figured out how it was going to end about half-way through. There’s probably only two variations on the anticipated ending, so my sole doubt thereafter was which one it would take. The film also does a poor job of establishing the Disciples as a threat. Sure, they wear long cloaks and carry out obscure ceremonies in deserted buildings. But that barely qualifies as weird in the world of 2021, where Hilary Clinton operates a pedophile ring out of the basement of a Washington pizza restaurant, and there’s a secret video of President Trump being peed on by Russian whores. Fictional conspiratorial groups must up their game to compete with the harsh batshitness of reality.

To some extent, it’s more a relationship movie, contrasting alpha male Regis with the much less confident Sternberg. The researcher may not always be right, but he is far more assured and committed than the cautious film-maker. Gradually, though, Tyler comes out of his shell, and becomes an accomplice, accepting tasks from his subject, such as searching the truck of an alleged Abbadon acolyte. This new-found assuredness turns out to be a bit of a double-edged weapon. While not offering any specific explanation, it also seems to be a found footage movie – regular readers know how I feel about those – and if less shaky than some, it’s a conceit with little purpose.

What saves the film are largely the performances. Marchbank is particularly good as the conspiracy researcher who is utterly certain of his own infallibility. I’ve seen more than enough in the field, who are exactly like that – whether or not the objective facts merit such impeccable faith. Darling is less memorable, yet that restraint is likely necessary. Oddly, the scene that sticks in my mind most isn’t any of the directly paranoid stuff, just a conversation between the two people about stick-shift cars, and why Tyler never learned to drive one. It’s curiously touching; under different circumstances, maybe they could have become genuine friends. Let’s just say, the climax here goes in a rather different direction.