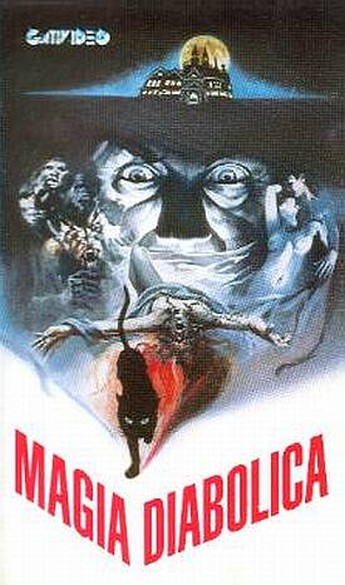 [14] The same man did the delightfully stupid Slugs but this, however, could be the worst Lovecraft adaptation ever – except he never wrote about a magician wreaking havoc on a bunch of thugs who take him hostage; Lovecraft links just about stop at the title. The only interest is wondering if William Shatner’s daughter is going to take her clothes off. She doesn’t. There, I’ve spoiled it.

“I just thought you ought to know… In your review of Cthulhu Mansion (which I have no intention of watching) you say that Lovecraft never wrote about a wizard getting even with thugs. He did. The story is called The Terrible Old Man, and while I don’t know for sure, I’d guess it’s in the Arkham House collection Dagon and Other Macabre Tales. A minor Lovecraft, but it does exist. Sorry for being such a nit-picky weenie.
Best Wishes,
Sean Craven
P.S. For what it’s worth, my favorite Lovecraft influenced movie is Alien, favorite Lovecraft adaption is From Beyond. Re-Animator was fun, but I dig monsters, and zombies don’t really count. You see ’em every fucking day.