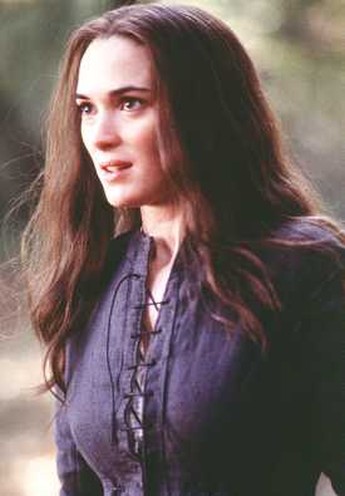 Based on Arthur Miller’s play, this is one of those films which stands or falls almost entirely on the worthiness of the acting performances: Day-Lewis and Ryder in particular have a lot of weight on their shoulders, as Salem farmer John Proctor and misguided young woman Abigail Williams respectively. The latter’s desire for revenge on the former’s wife, combined with a religious hysteria, leads into a literal witch-hunt, where even the most ludicrous of accusations is given credence. An external investigator (Campbell) is brought in, but even he finds matter avalanching out of his control, and the town is soon reduced to a state of paranoid delusion, where the accused find the penalties less for confessing to crimes they didn’t commit, than for proclaiming their innocence.

The play was originally written during the McCarthy era, a historical perspective now somewhat dimmed by time. And yet, the theme is still relevant today, with a media apparently intent on fostering similar hysteria – “It’s in your kitchen, and it can kill you. Film at 11.” Indeed, those who think something like Salem could never happen nowadays, should look up the case of the West Memphis 3. While the performances are uniformly great, there is a certain relentlessness which becomes almost monotonous: nothing ever happens for the best, or even the neutral. If something can go wrong, be thought of badly, or result in misfortune, it does. A pinch of hope, or even the more-positive aspects of human nature, would perhaps have enhanced the undeniably tragic nature of proceedings.