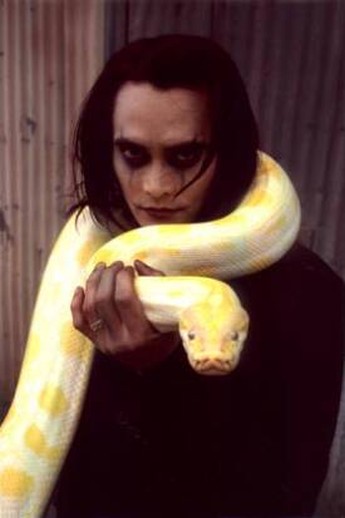 This pilot for a TV series makes a good fist of adapting the original film, even if certain obvious changes need to be made. Most blatantly, no Brandon Lee, but Dacascos (from Crying Freeman) is a good replacement, combining martial arts skill with exotic good looks. The violence is naturally toned down too, making this ‘Crow Lite’, and more mystical elements are added, such as the magical face-paint Eric Draven acquires in Crow mode. The first half mirrors the film’s content closely; so much so, you often feel like you’re watching out-takes. The second half moves the story a step further on, as Draven discovers the people behind the murder of him and his girlfriend.

So far, so not bad at all – indeed, in some minor ways, it improves on the film (the kid is less annoying). However, the overall effect is largely to make you want to watch Brandon Lee dying for his art, and from a story point of view, the pilot was the easy bit. As shows like La Femme Nikita prove, it’s easy to take a good film and make a good one-off show: turning it into a weekly series is a whole lot more difficult. [And lo, two weeks after writing the above, the show was cancelled by Universal. I feel eerily prescient…]