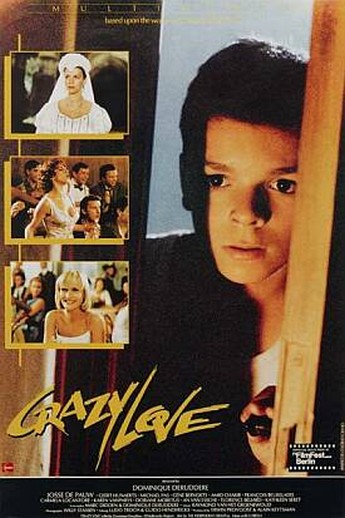 It most have been a good 25 years since I last saw this, and more than half of them have been happily married. This is relevant, because I expected my opinion of this to be rather different from this perspective, then when I was a devoutly single (admittedly, to a large degree, not my choice!) young man in London. However, it didn’t quite play like that: it’s still an effective story in three parts, of Harry Voss’s decent over the decades from young, romantic idealist, through a teenager whose hopes of love are brutally crushed by one of the worst cases of acne you’ve ever seen, to an alcoholic loner who finally finds his ideal woman – only, she’s is already dead, albeit still warm… The last section, in particular, was based on a story by Charles Bukowski, whom I have read some of since [although not the particular piece adapted here, The Copulating Mermaid of Venice, CA], and does a very nice job of capturing the sleazily cynical approach of Bukowski.

To get there, you have to go through the first two stories and, to be honest, I think I found them more engaging – or, at least, more relatable. I recall having a some idealized notion of love back in my pre-teenage years, just like the young Harry (Hunaerts), sitting in the cinema watching a fairy-story unfold and falling for the lead actress. The gap between that and harsh reality, especially for a boy like Harry – again, mirroring my own youth in his painful shyness around the opposite sex – is just beautifully drawn, and also reminded me of The Tit and the Moon. The line from Harry here to the graduating from school version is obvious and logical, and once more, I could relate, even though my acne was a trifle compared to the case here. Deruddere and his cast do a great job of portraying the agony of a beautiful soul inside an ugly shell.

The final section? Well, I’ve never has sex with a dead body, so that did seem to come rather out of the blue, even though the actress playing the recipient of Harry’s affections (Béliard) was the same one who played the princess of his idealized affections in the opening, so it does tie together. If there’s a secondary theme here, it’s perhaps how your supposed pals can cause more problems than they solve: I mean, friends don’t let friends fuck corpses? Still, credit is due for depicting necrophilia in a way that makes it seem understandable, rather than creepy, and the ending has a poignancy that manages to blow away the vast majority of traditional romances. Time to give thanks for the happy marriage, since perhaps, there but for the grace of my wife…

What we said then [2] Dismantles the ‘romantic’ view of love and life with clinical precision and inspects it in an unflattering, cynical light. The three stories concern the same boy/man at different ages: the first sees his instruction in the facts of life, the second has him having to cope with serious acne and the third has him stealing a corpse for a joke and falling in love with it. Bitter-sweet stuff, often accurate to the point of being squirm- inducing, funny and sad in equal quantities. Excellent.