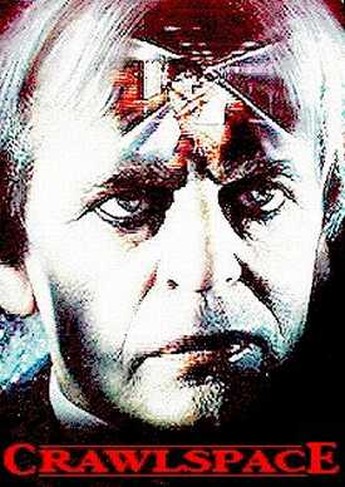 Despite a fabulous, utterly creepy performance by Kinski as Dr. Karl Gunther, this is sluggishly-paced and really not very interesting. The mad doctor rents out apartments to attractive women, on whom he spies by scurrying around the air-ducts, like a voyeuristic rat: that is, when not reading his father’s diaries about life in a concentration camp, watching Nazi newsreel footage or dressing up as a woman. Calling him mad as a hatter, would be an insult to all sanity-challenged cap-makers. Despite the apparently frequent disappearance of tenants, things only come to a head with the arrival of Josef Steiner (Shippy), who has finally tracked down Gunther, believing him responsible for a relative’s death back in Argentina. The realization the game is up, makes the last vestiges of Gunther’s sanity gurgle down the drain. Which is not much fun for the newest resident.

There are a lot of little things here that work, such as the mute (tongue removed!) woman Gunther casually keeps in a cage. A couple of the deaths are somewhat unpleasant too: however, things take far too long to get going, and there’s only so long you can watch Gunther reading diaries before it becomes tedious. It doesn’t help that nobody else in the movie can hold a candle to Kinski: leading lady Balsam would appear to have added a superfluous M to the end of her name, going by the wooden performance she gives here. The ending has her pursued by Gunther through the labyrinthine passages of the house, with the inevitable fake ending that teeters over into complete implausibility. Perhaps the most entertaining thing to come out of this, is the short film Schmoeller made about his experience; that it’s called Please Kill Mr. Kinski tells you all you need to know.