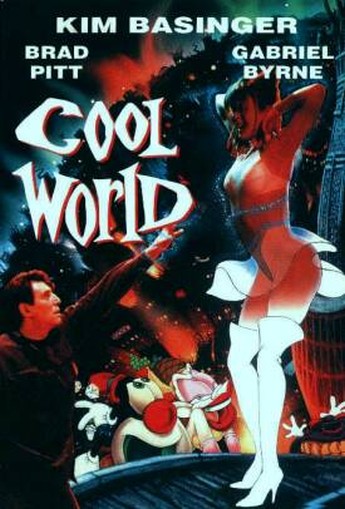 [18] A major flop on its initial release, looking back at it now, it’s harder to see why this adult version of Who Framed Roger Rabbit failed so miserably. While barely coherent, I don’t want coherence from a film about a parallel cartoon universe, peopled by the warped imaginings of Byrne’s comic artist (I think it’s safe to equate Byrne with Bakshi). Basinger is a fine ‘toon, for sure, and the animated sections are well up to scratch, even if the interaction between human and cartoon is less effective than in Roger. When Holly achieves her desire, bursting into the real world after bonking Byrne, the underlying weirdness that’s been peeping round the edges, spews up in a geyser of the bizarre. Reality just can’t compete; an entirely viable alternative to drugs.