I’ve been interested in conspiracies for a very long time, beginning with an interest in UFOs, back in my school days. This was sustained through my move to America, but things changed irrevocably after 9/11. Y’see, I was interested in them largely for entertainment purposes. I wasn’t sure how much of any of it I believed, but it was fun to speculate about shadowy cabals, aliens and the like. But post-9/11, the fun was sucked out of it all. People started taking that shit way too seriously. I gradually dropped away, and indeed, for a while became something of an anti-conspiracist. I was banned more times than you can imagine from /r/conspiracy on Reddit, for calling out BS like “Sandy Hoax”. There are still some in which I believe. I think there are elements in the media, intelligence community, etc. seeking to derail the President with a sustained campaign of misinformation. Is it formal and organized? Probably not. But there are a lot of “fellow travellers”, working towards the same end. 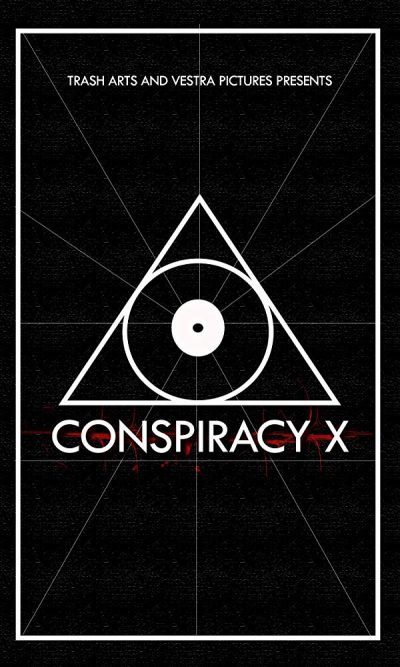 I mention this all, to establish that I like a good conspiracy, and appreciate they can be fodder for some great movies, e.g. Revolution #9 or Noon Blue Apples. This, however, is not one of them. It’s a poorly made, incredibly cheap British anthology, which bolts together a bunch of largely uninteresting short films into a largely uninteresting whole. The wraparound segments have reporter Samantha Deleaney (Hunt) visiting and interviewing conspiracy expert Connor Roberts (Payne). Also present is skeptic Perry Schwartz (Cordell), and they discuss topics ranging from mind control through to cryptozoology, with these being used to introduce and link the shorts. Unfortunately, these conversations sound more like the kind of nonsensical rubbish you had at college after staggering back from the student union, where people would drunkenly mumble things like, “Well, what is ‘reality’, anyway?” Insight here is basically non-existent, and it escalates to a ludicrous finale which make the remake of The Wicker Man seem like an Oscar winner.

Meanwhile, the main problem with the shorts is that there’s no consistency in style or approach in these. They’ve clearly just been trawled up and plugged together, rather than being made to order for this film, under guidance as to their look and feel. Due to this, the whole never feels like anything more than a YouTube playlist of fringe amateur shorts. I have, for instance, no clue what the apparent necrophilia fetish entry is doing in here. A couple at, at least, semi-competent and manage to sustain interest for their brief running times. The one about the camping trip gone wrong, at least told a coherent story, and the tale of a researcher’s mysterious death was trying to generate some paranoia. But others are painfully amateur, e.g. the “skunk ape” is bad Halloween costume level. And the less said about the entire “HIT Paranormal” investigation, the better for everyone, Let’s just say that the repeated mis-spelling of “anomoly” gives you a good idea of the overall standard to be expected here, and acts as a warning for even hard-core conspiracy buffs to stay away.