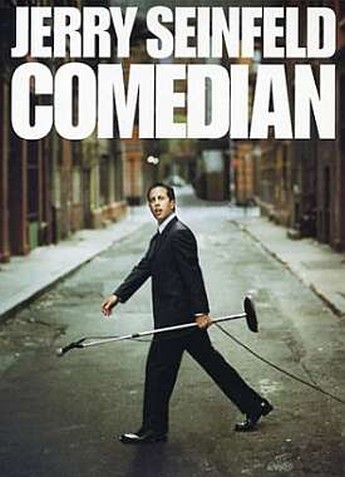 This documentary is actually more interesting than the grade below might imply – it’s just that as a documentary, it’s disappointingly below average. Firstly, the technical quality is horrible: it looks as if it were shot on cheap home-video equipment. While I can cope with the visuals, the sound is equally as poor, and when you’re dealing with stand-up…well, I need hardly spell out the problems. The film also fails to ask the most interesting questions: in particular, why would Seinfeld – a man with his own jet, who reputedly turned down $5 million per episode of his TV show – want to return to playing crummy comedy clubs in New Jersey?

Not to say there aren’t moments of insight. Some of these come from Orny Adams, an up-and-comer who is followed as far as his first appearance on David Letterman’s show, and is then abandoned, as far as the documentary goes. [The DVD reveals he moved to LA, and got stuck in a TV deal with Warner that went nowhere] He comes across as an arrogant monster, incapable of taking advice from anyone, who blames the audience for not laughing. At the other end of the spectrum, Seinfeld meets Bill Cosby, who seems to have attained Nirvana – he does 140 minute shows, twice a day without an intermission, a fact that utterly flabbergasts both Jerry and Chris Rock, for whom every minute is a Sisyphean struggle. However, as film-making, it’s a random hodgepodge of footage without much apparent aim or purpose.