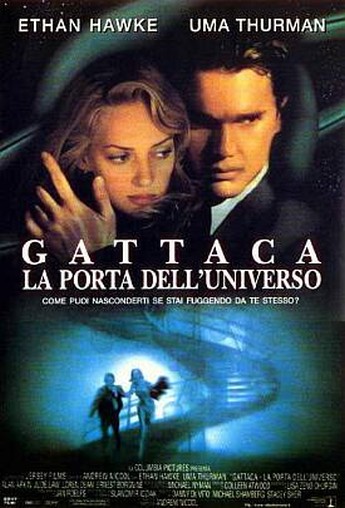 The more I think about this movie, the less I like it, from a contrived title derived from the proteins in DNA, through the set design (the future will look like the 1930’s, apparently), to Thurmann’s hairstyle which resembles a ping-pong ball. Though the pre-credit quotes suggest an attempt to paint a balanced picture, in reality this is virulently anti-scientific: as well as getting rid of illness, genetic engineering will also breed out emotions and, it appears, the sense of humour. Hawke, the natural born “in-Valid” who takes over another’s identity, is just as chisel-jawed as any lab-creation and is ultimately unsympathetic. The cinematography is great, and Arkin as Inspector Hugo (another contrived name – taken from the HUman Genome Organization) has a dry wit that is appealing, but in the end this is a very shallow look at an incredibly deep and complex subject.