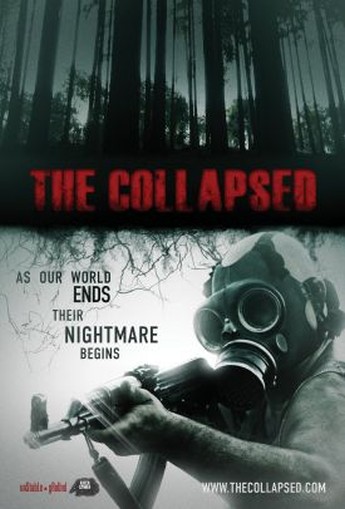 A largely-undiscussed catastophe has left the world in a state of chaos and anarchy, with dead bodies littering the streets, and the few survivors struggling for supplies. The Weaver family, under patriarch Scott (Fantasia), are trying to make their way out of the city to Dover’s Bend, seeking to re-unite with another member who may still be alive there. However, on stopping at a petrol-station, they are attacked by some heavily-armed men; the Weavers are forced to retreat to the nearby woods, and continue towards their destination on foot. Which is where things start to get weird. How much of the carnage which is happening, largely directed at the family, is actually the result of external forces?

There was a point, about two-thirds through this, when I realized two things. 1) They’re going to do a twist ending here, aren’t they? 2) It’s going to suck. Unfortunately, I was right on both counts. Though this had already lost our interest quite some time before that, as the initially-intriguing concept degenerated into an apparently endless series of sequences which alternated rambling through woods with existential debates between family members, played by actors who must have been the director’s mates, because they certainly weren’t hired on the basis of any dramatic abilities. Okay. I think that single sentence, long though it was, covers most of the elements of suckage to be found here. Some of these can be excused by the small budget, to varying extents; however, the overwhelming boredom the movie generates in the viewer can not. Sometimes, leaving things open to interpretation can work; however, when it doesn’t, the results come over as little more than lazy writing, and no prizes for guessing into which camp this falls. Frankly, an apocalypse would be preferable to having to watch this again.