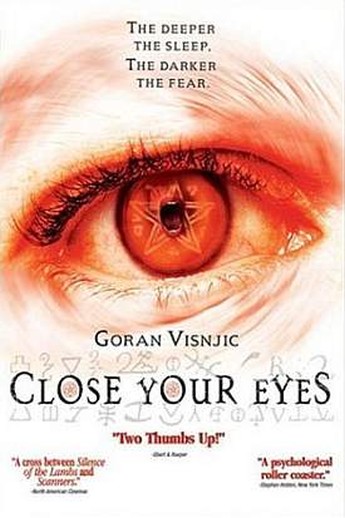 Someone is kidnapping children, and their corpses are turning up, tattoed with ritualistic symbols; one victim escapes, but is traumatized into complete silence. Detective Janet Losey (Henderson), impressed with the work of Dr. Michael Strother (Visnjic), who cured her tobacco addictions, brings him on-board to see if he can get the young victim to open up, despite the opposition of some above her in the force. They’re not unjustified, because Strother has some secrets from his past that might be best not uncovered, and neither he nor Losey are prepared for the world into which they are plunged. That involves a five-hundred year-old French occultist, and his modern-day disciples, who are not happy to be having their activities investigated, and are prepared to go to any lengths to stop this. Into what dangers has Strother put his pregnant wife (Otto) and young daughter?

This probably reminds me of To the Devil a Daughter more than anything else, with its London setting, and you can certao; Visnjic is somewhat out of place, and seems to be on board simply for financing purposes (being a star from ER), but doesn’t do badly. Henderson is really good, however, as a policewoman finding herself caught between a desire to solve the case and administrative BS. You can almost imagine her as being like a junior version of Helen Mirren’s character from Prime Suspect. My major qualm is that the further the film goes, the further it drifts from much sense of plausibility, and there’s a coda which appears to have wandered in from a cheaper and less effective movie than this wants to be – and, indeed, is for the bulk of its running-time. It’s mostly an intelligent and well thought-out horror-thriller, and has to be admired as such, despite the mis-steps towards the end.