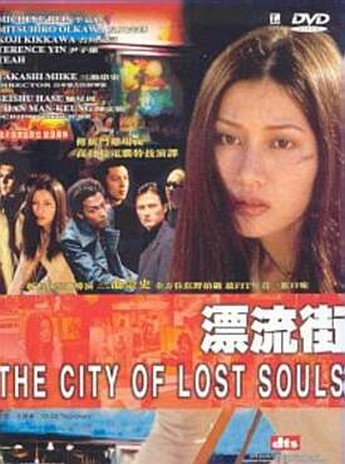 Perhaps the least interesting of the Miike movies seen this week, mostly because it feels like someone took a large box of ideas and turned it upside down over the script. There’s nothing wrong with a lot of the concepts: some, such as the cockfighting, are fabulous (and before you PETA freaks start up a hate campaign, it’s all CGI – we’ll even forgive Miike another Matrix spoof, since it involves roosters), they just are of no real relevance to the plot. And when you strip away all the stuff round the edges, the central story isn’t that original or interesting. A couple, Mario and Kei (Teah and Reis), steal drugs from a mobster, who then chases after them as they try to sell the loot. Hello, True Romance? Kei also gets brutally beaten, and there’s even a racist monkey anecdote.

What it still does have is a sense that anything can happen at any time, giving it a slightly surreal feeling, and a very pleasing sense of location. Or rather, lack of location, since the Tokyo it depicts is a multi-cultural melting pot that often feels more like Rio. The film does diverge from Tarantino towards the end, as the couple return to rescue the blind child of a friend, who is being held hostage to lure them in, a level of compassion Quentin would never reach. But it only rarely reaches the level of lunacy found in Ichi, and never even tries for the impact of Audition. A pleasant waste of time, nothing more, nothing less.