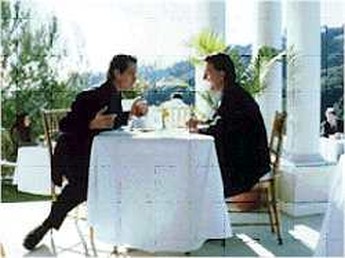 Burrows seems overly fond of milking his jokes: if we see one montage of Milwaukee pubs, we see five, and a lot of the best humour comes from the ones which are not over-played. For example, at one point, The Poseidon Adventure shows the hero that life still has meaning – a little later, a polka band strike up its main theme, without fuss. [This is just after we get to see Ms. Lords dancing to The Birdie Song – I kid you not] More of that restraint and subtlety would have been welcome; as is, it’s more like ninety minutes of the aforementioned crotch whacks.