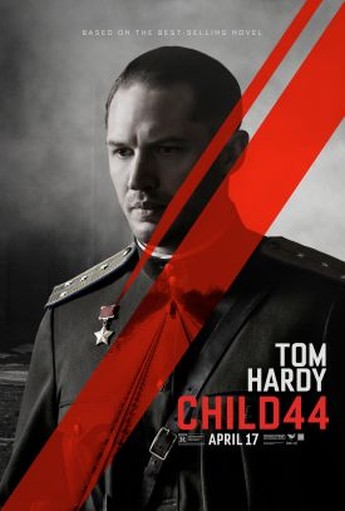 Part Soviet political drama, part serial killer investigation, this really needs to have decided which it wanted to be, and go full-bore at it. Instead, it comes off as a good deal less than satisfactory in either department. Set in Russia in the 1950’s, the early going sees MGB agent Leo Demidov (Hardy) fall foul of political infighting with his wife, Raisa (Rapace), accused of treachery to the all-powerful state. At the same time, Demidov is starting to investigate what appears to be a serial killer of children, only to be sharply reminded by his boss that murder is a weakness only of capitalist running-dogs. He and Raisa are exiled to a remote town, only for corpses to start turning up there as well. Demidov convinces his superior there (Oldman) to let him investigate, and return to Moscow to question a possible witness, only for his return to put both he and Raisa in further peril from their enemies.

I’m not sure there’s a single Russian in the entire film, and everyone seems to have signed off for the chance to put on their thickest accent, to the point of borderline incomprehensibility. The transitions between the sections of the film are hardly seamless, lurching from a primitive version of CSI: Moscow into sub-Le Carre shenanigans, without grace or style. The latter goes only about as far as filming everything in a palette so muted, they might as well have gone black-and-white and been done with. The performances are actually not bad, Hardy and Oldman teaming up for the fourth time in their filmographies, and Rapace showing decent steel beneath her meek exterior. It all ends, more or less, with a wrestling bout in a mud-pit deep in a Soviet forest, which is about as gripping a climax as that sounds. Though he was mostly an eighties predator, there is probably a good move to be made, inspired by the real-life serial killer, Andrei Chikatilo. This isn’t it, however.