By coincidence, two films with exactly the same title strayed across my eyeballs recently. But they could hardly have been more different in style or approach. Let’s take a look at them. 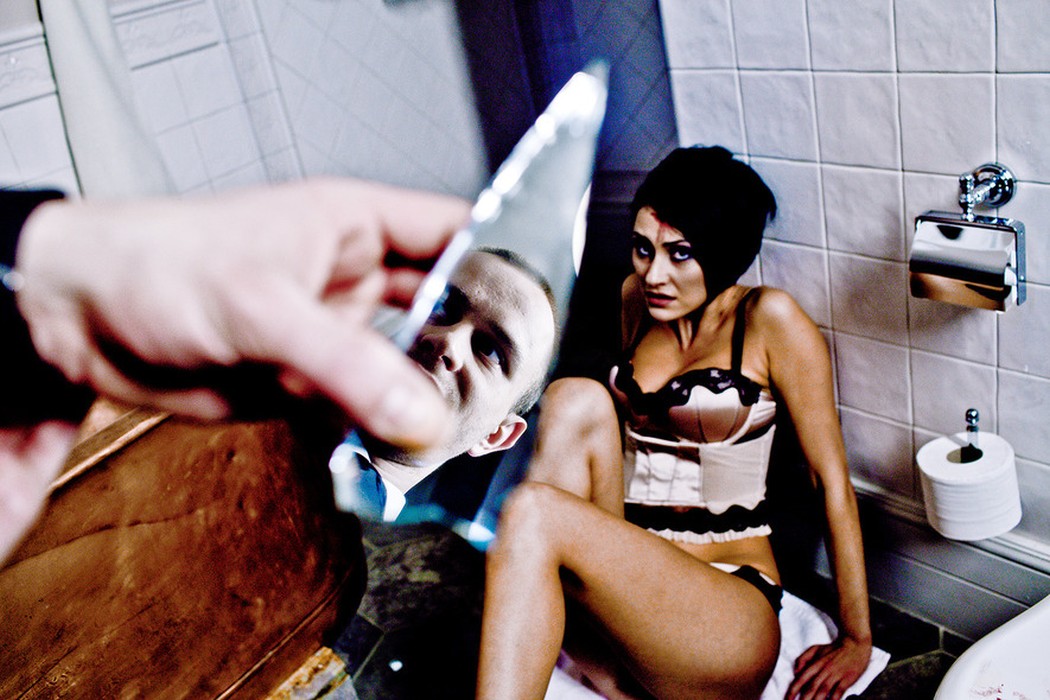 If the other Censor chooses to look back, this instead peers into the future, and a world where virtual reality is indistinguishable from reality. The games making use of it have become a problem, as some players have been bringing their violence into the real world. A politician (Mardar) whose daughter was killed in one such incident takes up the cause, and obtains legal censorship authority. His undercover agents Stas (Beketov) and Alex (Mihailov) go into games, and push the limits in them, to be as antisocial as possible. If the level of savagery exceeds the authorized level, the VR provider gets raided. But the endless brutality – real or not – takes its toll on the two men, in particular Stas’s relationship with his girlfriend, Alena (Sumina). 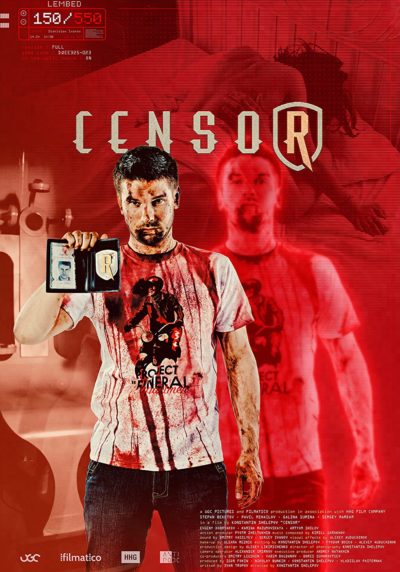 While I’ve long been dubious about the idea that fictional entertainment can turn good people “bad”, the argument feels on stronger ice when that fiction is so close to fact. We already see how social media can have a negative impact on the psychology of its users. Is it so implausible that certain people at least could be pushed over the edge, courtesy of a convincing facsimile of reality, in which dark impulses can be indulged without consequence? Though any point the film is trying to make, may be slightly diluted by the enthusiastic, borderline gleeful approach to its own violence. Whether it’s a Call of Duty style shooter or a zombie game, this does not hold back.

According to its sales agent, this was made on a budget of barely €50,000, raised through crowdfunding. That’s insane, for this looks like a film that cost a hundred times as much – if, occasionally, rather like a high-end car commercial. The visual style helped sustain my interest for the 126-minute running time, when there were occasions the story didn’t, and its narrative devices can occasionally be clunky too, e.g. news stories and lectures. The ending may be the weakest element, a hostage situation which feels severely overextended. It relies heavily on Mihailov, who is likely the worst actor here. Yet there are also sequences which do a great job illustrating the danger of confusing VR with reality. In particular, when Stas enters Nemesis, which is simply a simulation of the real world, the escalating blurred lines is a salutary lesson.

I was braced going in, given some scathing reviews. I think the problem is, video-game fans attracted by the concept, will likely be strongly resistant to its moral – the suggestion they may potentially be corrupted by their chosen form of entertainment. Yet this does a good job of also depicting the seductive, escapist appeal of the medium. I’d like to have seen more of the obvious counter-argument, that games can offer a harmless catharsis, allowing people to blow off steam. Still, with sorry, Meta going full bore towards a virtual world, and already having to address antisocial behaviour in it, I think this is a conversation we increasingly will need to have in the future.