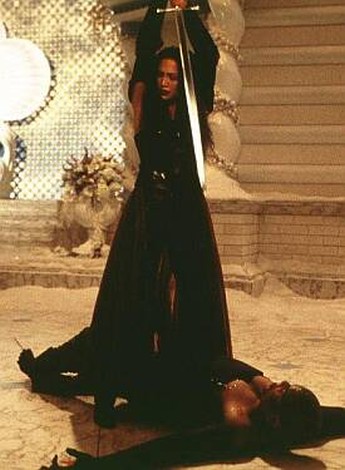 Contrived yet undeniably stylish, as psychiatrist Lopez gets into the head of serial killer D’Onofrio after he collapses into a coma during his arrest, leaving one last victim trapped in his lair. This is courtesy of a new machine that lets Lopez meander the twisty little passages of his mind, which look like Peter Greenaway directing a Nine Inch Nails promo, and Singh’s proficicncy in the pop video field is highly apparent.

The psychology on view never gets much above the simplistic e.g. abused childhood, yet it’s delivered with plenty of punch, and D’Onofrio is genuinely creepy. Against this, Vaughan’s FBI agent is largely superfluous, save for rushing in to rescue Lopez when she gets in too deep, and there are rather a large number of bits which the plot seems keen to speed past, while shouting “Doesn’t this look cool?”. Best avoid arguing, and just enjoy the visuals.