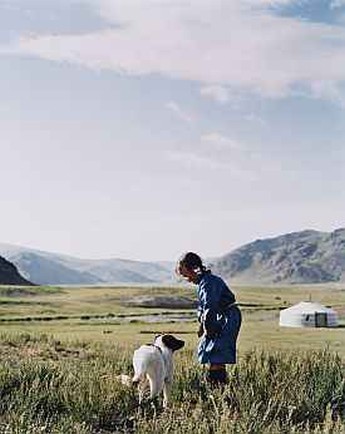 I can’t help but respect any film so contrary to Hollywood style. The young daughter in a nomadic Mongolian family finds a stray dog and brings it back home; her father, nervous about recent losses to their herd, orders her to get rid of it while he’s on a trip to town. In Western film-making, this would lead to adventure, tension, tears and a relentlessly-happy ending for all concerned, the dog rescuing the girl from a well or summat. Here…not so much. Life stubbornly unfolds at its own damn pace, regardless of the camera: the only concession is a somewhat-staged incident at the end where a sibling is lost, and even that doesn’t play out in conventional fashion. Being honest, if you found this boring as hell, I wouldn’t argue; still, we found ourselves hypnotized by many aspects, not least the fabulous Mongolian landscape, which is just so freakin’ big. [And empty: at less than two people per sq.km, it’s the least-densely populated country in the world.] 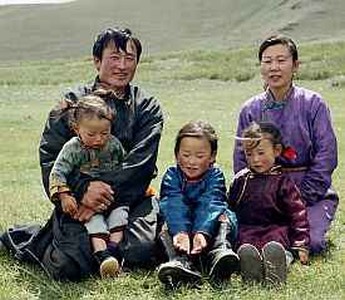 It’s difficult to decide what credit goes to the film-makers, since this is as much documentary as anything: the family are a real family of herders, which explains the kids behaving like kids. It’s certainly educational: the sequence where they dismantle their yurt (tent) is fascinating, though I suspect that any American family who sent their daughter out to gather dung, would find themselves getting a rapid visit from several federal agencies. [We also made a mental note to avoid the smoked meat should we ever visit Mongolia. That’s what the dung was for.] A glimpse into a corner of the world that’s barely changed in centuries, this is perhaps more Discovery Channel than HBO, but is no less worthy for it. Mind you, our dog is now very, very confused, since we took to calling her “Zochor”, after the one in the film. She doesn’t know if that means “Sit!”, “Stay!” or “Get out of the damn garbage!”…