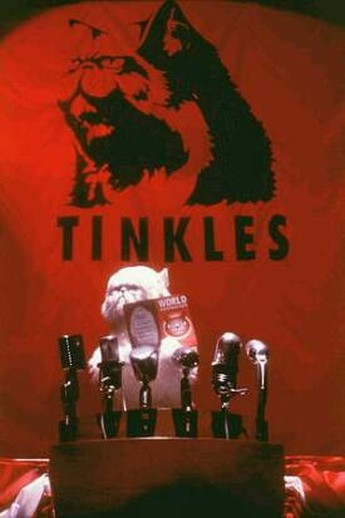 Perhaps this may just be a case of having my prejudices confirmed, but if ever I was a cat person, I’m even more so after this film, in which a set of bland and boring dogs take on the fabulously evil Mr.Tinkles, a cat plotting to make all humanity allergic to man’s (alleged) best friend. Rarely have I rooted so hard for the bad guy – not even in a Disney film, famous for dull heroes and interesting villains. Technically, you can only admire the mix of CGI, animatronics and trained animal work, which succeds to the point where the human cast (Pollock, Jeff Goldblum and Elizabeth Perkins) are utterly redundant, and should have been dropped – the slo-mo scenes of the kid “bonding” with his puppy are particularly barf-worthy.

But Hayes and the rest of his feline friends – from ninjas to Spetsnaz – are an absolute delight, and I must also exempt cat-owner from hell, Miriam Margolyes, from the criticism above. At its best, this is a demented live-action cartoon, and I was forever expecting Mr. Tinkles to take delivery of a package from Acme Inc. If you want evidence that cats have more personality than dogs, this should prove it beyond all reasonable doubt.