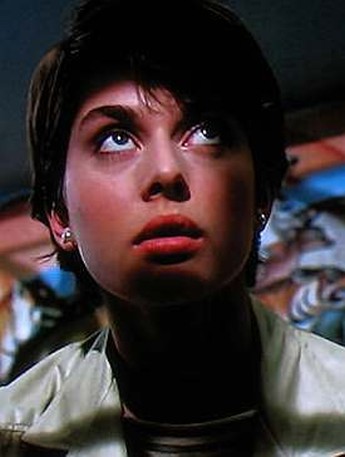 Simply the finest combination of sex and horror ever made, this takes the lascivious undercurrents that were, of necessity, extremely restrained in the original, and brings them to the forefront. The film wastes no time, hitting the ground running with an Indian tribal ceremony which strongly suggests at bestiality, while the bulk of it is concerned with the incestuous relationship between Paul (McDowell) and his sister Irena (Kinski), the only way Paul can avoid turning into a panther and shredding his sexual partner. Irena has no clue of this when she arrives in New Orleans, having been separated from him after their parents’ death when she was four. Yes: you may think you’ve had a bad day, but you didn’t see someone get their arm torn off at work, then go home to find your brother demanding you have sex with him.

Irena, meanwhile is having feeings of her own for zoo keeper Oliver (Heard), much to the chagrin of his current girlfriend (O’Toole), whom Irena memorably stalks in a late-night pool session. [It’s one taken from the original, of course; and I would have to admit, doesn’t really fit in with what we know of Irena’s character] Irena founds herself torn between family loyalty, her own sexuality and an unwillingness to harm the ones she loves – a reticence not exactly shared by her brother, who has piled up corpses in the cellar. It’s the perfect AIDS parable: have sex with this carrier and die, unless you use protection (which, in this case, consists of tying her up hand and foot: check off bondage from the list of fetishes this depicts). 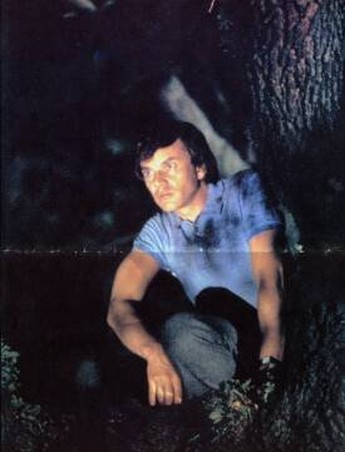 Viewing this with Chris was always going to be an interesting experience: she can recite just about every drooling comment I ever made about Ms. Kinski, even though they were mostly 15 or more years ago. Here, the line in question is, “the sight of Kinski in thigh-length waders sends shivers in a different direction,” and there was no shortage of harrumphing and sarcastic comments. But it helps significantly that this is, actually, a brilliant film, something with which Chris concurs, having seen it six times the week it came out at the cinema. It is certainly illogical; the rules about how one changes and what happens, are never consistently applied, but myths are inconsistent, like that. Blame the copious amounts of drugs Schrader was taking at the time. What does shine through is his obsession with Kinski, and he has subsequently said that this has a lot in common with Dante and Beatrice from the Divine Comedy.

But there’s a lot of other aspects to enjoy: all the casting is impeccable, Giorgio Moroder’s score is tremendous and Tom Burman’s effects are great [Ed Begley’s arm-removal still remains a classic]. What struck me particularly on this viewing was the great editing, with transitions between the scenes which match the feline grace of the performances – a scream becomes a police siren, or the camera zooms into a native woman, only to pull back onto Irena’s arrival at the airport. I can certainly understand why it bombed at the box-office; it’s far too full-on in its depictions ever to play in Peoria. However, approaching thirty years later, its transgressive nature is still retained – I say again, the finest combination of sex and horror ever made.