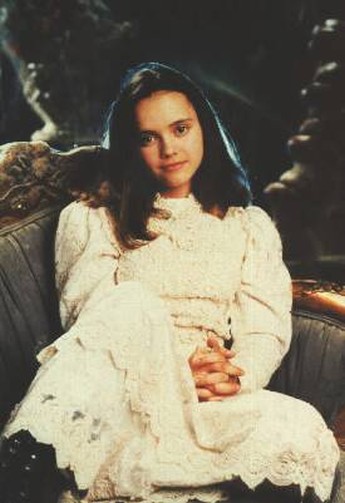 [18] What an interesting career Sherri Stoner has had: getting her bottom branded in Reform School Girls, the live-action model for Disney’s Little Mermaid, executive producer on Tiny Toon Adventures, voice actor in Animaniacs…and now co- writer of this effects-heavy movie. The last couple are influences that seep though on occasion, most notably a brilliant Apocalypse Now homage, and the film is at its best when it updates the traditionally soppy Harvey Comics characters: Ricci, as the daughter of a “ghost psychiatrist”, comes off best in this regard. The villains are scarcely threatening – Idle’s one of them – and after it’s established they can’t hurt Casper, that side goes a bit flat. The main focus is Casper’s desire to become a real boy again, though you just know that’s going to end up being horribly slushy. Totally non-threatening, Sunday afternoon viewing.