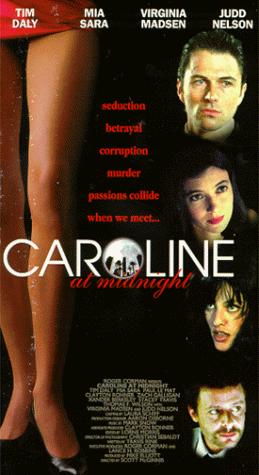 [20] A Roger Corman production, with the usual cast of B-grade actors, headlined here by Mia Sara, who’ll always have a place in my heart for her black-lipsticked appearance in Legend. Seems to have rounded out a bit since then, though I detect the hand of silicone at work. Her and Virginia Madsen both make fine, smouldering femmes fatales, taking on double-dealing corrupt cops and investigative reporters in a risky game involving drugs and cash. Pity the direction relies too heavily on cliched techniques, and the script left me far more interested in Mia’s occasionally-exposed charms. A fast-forward job par excellence.