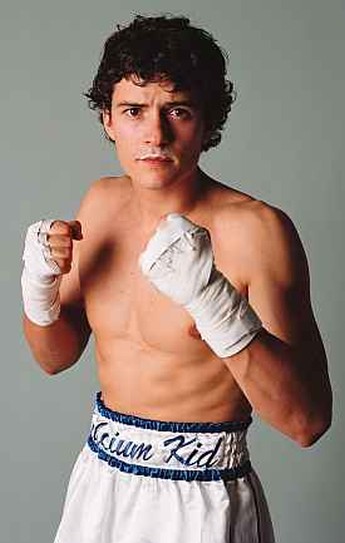 When the #1 contender for the world middleweight title breaks a hand, boxing promoter Herbie Bush (Djalili) needs to find a replacement fast. He does – albeit in milkman Jimmy Collins (Bloom), who has never actually had a professional fight, and the man responsible for the accident. With the aid of a dubious best friend (Spall) and an even more questionable trainer (Kelly), Jimmy has seven days to get ready for the fight of his life. He has, at the same time, to fend off stalkers, deal with the unexpected celebrity and handle Bush’s misguided attempts at stirring up patriotic fervour for his challenger, result in Jimmy being labelled a fascist and getting an unwanted group of skinhead fans. The previous fighter is also none too pleased with being replaced by the man who broke his hand, and has his own plan to make “The melee on the tele,” as Bush calls it, a memorable event.

This mockumentary starts off very sluggishly; initially, it seems more a parade of sporting cliches than anything satirizing them. However, it does eventually develops something of its own charm, summarized in the delightful bit of philosophy from Jimmy’s father: “Nothing is out of reach for someone with long arms,” and heads off in a largely unexpected direction for the final reel. Bloom is perfectly cast as the utterly naive Collins, who is really much happier on his milk-float, and bears some resemblance to Jimmy White. Most of the other actors fit their roles nicely, and I enjoyed the cameos from a couple of famous British boxers. By the end, I was enjoying its quirky charm a good deal more than during the opening half-hour, though the point of the pseudo-doc approach was almost entirely lost on me, since it would have worked just as well – or perhaps even better – as a regular drama.