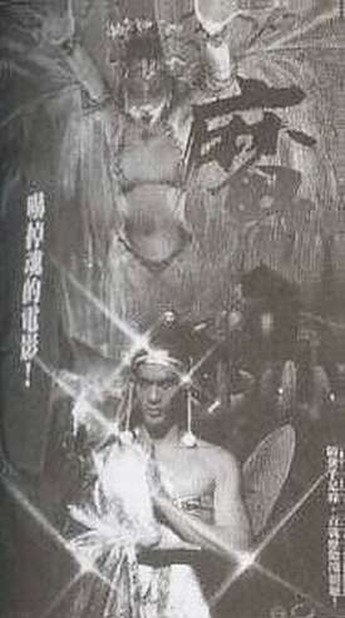 With an innocently cheesy style, this film feels like it comes from a lot further back in time, maybe the early-60’s. Indeed, it could have been made by H.G. Lewis’s Chinese cousin, given the enthusiastically bad FX and lurid approach. There’s no shortage of plot: Ko plays Xiong, out to avenge his brother, crippled in a kick-boxing bout by Bolo. But that’s really a side-issue to his hallucinations, which lead him to a temple and his “karmic twin” priest; their fates are inextricably linked, and that’s bad, since the priest was killed by a black magician. Our hero, initially sceptical, is eventually convinced – the graphic scene of eel-vomiting seems to do the trick – and agrees to become a monk, in order to take on the forces of darkness, and save both the priest’s soul and his own.

Lengthy chunks, such as his initiation into monkdom, are painfully dull, and must exist only to get the running-time up to feature length. Fortunately, when something is actually going on, this is undeniable fun, even if on a “laugh at the pathetic optical effect” level. You’d best enjoy that kind of thing; there’s effectively no characterisation to speak of, and any explanation of what/why/how is equally conspicuous by its absence. However, for sheer quantity of “I can’t believe what I’m seeing” moments, this deserves more than a little respect.