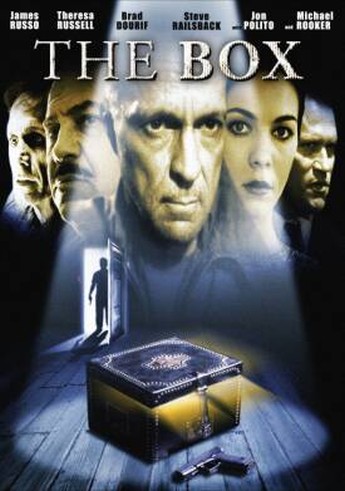 James Russo owes my sister-in-law $20. Back in her New York days, she went out with him; he borrowed the cash to pay a bar tab, but after taking her home, never called her, then went off to find Hollywood stardom. It’s not too late to send a check, James, though we’ll not hold that against you here. He wrote this film, as well as playing the main character, a thief released from prison after five years, who is looking forward to finally enjoying the diamonds which were the proceeds of his crime. Unfortunately, actually getting them back is another matter, and he also gets involved with a waitress (Russell), who is being harassed by her ex-husband (Railsback, extremely creepy). I think most of us can take a guess at where this one is going…

And, unfortunately, you’ll probably be right. The problem is certainly not the cast, all of whom fit their troubled characters well, putting across an air of world-weariness that fits the downbeat atmosphere generated by Pepin. No: the problem is a storyline containing absolutely no surprises at all, which is almost unforgiveable in the noir genre. Here, the villains are so easily distinguished, they might as well be wearing black Stetsons. It’s Russo’s first script – or, at least, first to get made – and it shows. I suspect he made the mistake of writing without researching other entries in the genre; he doesn’t appear to realise that his story is stuck in a rut previously ploughed by a hundred or more movies.

Michael Rooker turns up later on as a cop, though sadly doesn’t have any scenes with Railsback – it’d have been neat to see the man who was Henry Lee Lucas face the guy who played Ed Gein. [He does take on Dourif, however, so we do get Henry vs. Chucky.] His volatile character provides some badly-needed unpredictability, but neither he nor the actual box show up until the final third. It’s a shame that neither were tossed into the mix earlier.