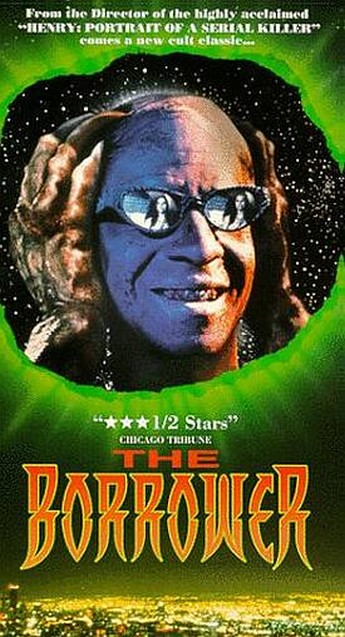 [10] Anyone expecting Henry II (“After Henry”?) is in for a shock. This is totally different in style and tone, resembling The Hidden more than anything, with bits of Re-Animator as well. An alien, exiled to Earth in human form, wanders round taking people’s heads (hence the title) and using them for its own, to the perplexment of policewoman Rae Dawn Chong. She has another problem too, a rapist she caught has escaped and is out for revenge. There’s the crux: the film is almost two different ones joined at the hip, and the strands always seem disparate. Although only normal length, it also feels about 20 minutes too long, as the alien wanders rounds without doing much. Still, Antonio “Huggy Bear” Fargas makes a delightful wino!