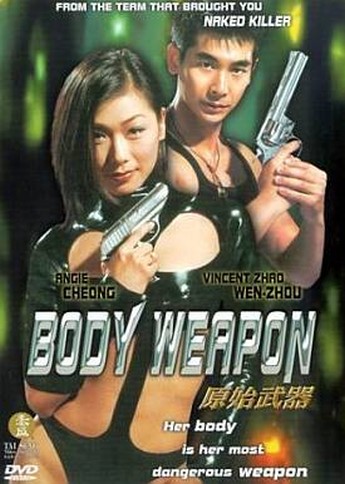 Chiu’s career, once-promising despite his lack of much acting ability, must already be heading down the toilet for him to accept (even under the name of Vincent Zhao) this low-rent roughie, which possibly sets new records for predictability. It sees Chiu’s cop in love with his partner’s girl (Cheong), while they try to hunt down a rape-and-torture gang led by a masked psychopath. You’ll know who that is before long, and nor is the rest of the plot any kind of surprise, save for Cheung’s surprising conversion to an angel of vengeance for ten minutes in the middle. This involves her using her stilletto heels to…no, that’s the only memorable thing the film has going for it, so let’s cut it some slack.

Suffice to say, it’s a Wong Jing production, so you know not to expect tea and scones, nor will it be a surprise to learn 3’41” of it may be found lying on the floor of the BBFC. No matter their content, I doubt they would have been enough to save the film, which wants desperately to be Naked Killer, by combining sex and violence, but comes up short in both areas. Best line: “We were really good friends. We spent more than twenty years together in a mental institution”.