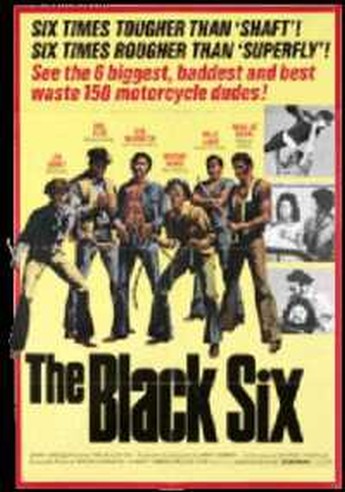 As Oscar Wilde almost said: to cast one grid-iron player in your movie is a misfortune; to cast six smacks of incompetence. It’s stunt casting of the highest order since, whatever their NFL credentials, acting is clearly not a pre-requisite. They play a gang of Viet-vet bikers who ride into town to avenge the racist murder of one of their brothers at the hands of the local gang. Half an hour has passed before they get there, as they are kind and respectful to an old lady, while trashing a bar after the locals make them unwelcome. As if you’d expect anything but a warm reception from the friendly folks in a place called “Flora’s Truck and Beer Stop”.

A further 45 minutes go by before the big fight, in which we learn that it’s probably a bad idea to use a lit flare as a petrol cap. Between times, almost nothing happens of interest or consequence, and Cimber (who clearly didn’t learn about working with non-actors, since he went on to direct Pia Zadora in Butterfly) demonstrates no ability to make things interesting or lively. About the most spectacular thing on view is the amazing Afro spouted by Black Power activist Sissy, who rails against the Six’s initial reluctance to get involved. If you can remember a word of what she says, rather than simply staring at a hair-do which is capable of eclipsing the sun, you’re a better viewer than I.