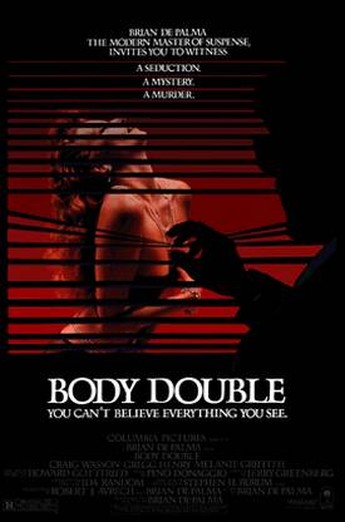 De Palma is perhaps the closest Hollywood has produced to Dario Argento, in that he never let logic of plot or characters get in the way. Certainly, the ease with which Jake goes from Shakespeare to porn is laughable, even filtered through a wondefully gratuitous promo for Frankie Goes to Hollywood. Still, there’s probably few better than De Palma at sleazy spectacle, though Wasson’s resemblance to Bill Maher is scary. He stumbles through the intricacies of the story, and it’s clear why Melanie Griffith became a star, not Casson. It’s all nonsense, and Hitchcock was probably spinning in his grave, yet despite being two decades old, the second half especially is worth consideration as a guilty pleasure.