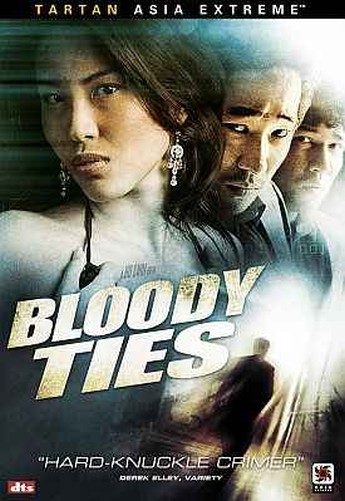 This film is hurt by the repellent nature of the lead characters, who are such unpleasant people that the entire film becomes more an ordeal. I don’t doubt the portrayals are accurate, and can’t even claim they’re badly-acted, but they are in no way citizens you want to spend two hours with. It’s the story of a cop (Ryu) and an ambitious pusher (Hwang), who form an unholy alliance, in order to achieve their own, independent ends: one wants revenge for his partner’s death, the other wants to become a big-time player. They team up to take down the current king-pin; however, both face obstacles, from the local DA and an unpleasant revelation regarding their target’s chemist, respectively. And has either man real intentions of keeping their side of the bargain, anyway?

The style is deliberately a little fractured, with significant use of split-screens, voiceover and a pulsating soundtrack which feels very 70’s influenced [though the film is actually set in the late 80’s]. It’s unquestionably brutal too, with both sides prepared to resort to any level of violence to reach their goals, but this eventually just gets numbing – even when one character stabs a lit cigarette into another’s eye, you feel nothing. That’s probably related to the problem mentioned above: these seem less like fellow humans than a collection of karaoke obsessed pond-scum, with no redeeming features. While there are moments of inspired calm among the chaos, they don’t last, and you’re soon back to foul-mouthed low-lives, with and without badges, being very nasty to each other. I acknowledge the reality of the world this depicts; that doesn’t mean I necessarily want to enter it.