There are times when I wonder, “How the hell am I going to come up with 500 words about this?” It’s not a problem with good films, and even for the “bad” ones, there’s usually plenty to comment on, albeit with a degree of snark. It’s the bland, forgettable and thoroughly uninteresting ones which are generally the worst – both in terms of overall entertainment value and when it comes to writing about them. I’ve ended up resorting to equally bland commentary: “The film was in focus and most of the dialogue was audible.” There’s also the old stand-by of a more detailed plot synopsis. That’s usually good for a bonus 100 words or so… 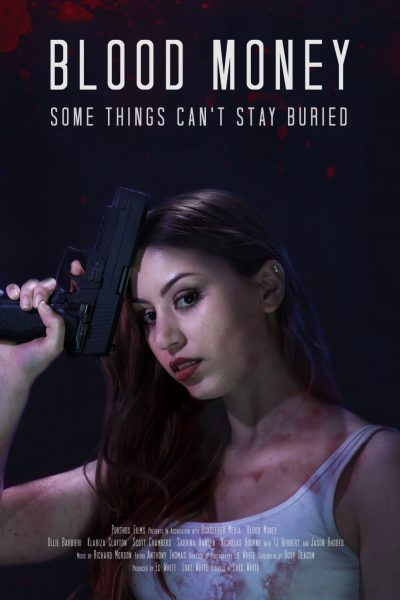 This takes place in France, in the aftermath of an art robbery pulled off by a group of photogenic yet remarkably uninteresting young people. They’ve stolen a painting from the country estate belonging to one of their fathers, and are now holed up in a nearby farmhouse, awaiting the arrival of the fence who will sell the stolen property. However, the heist did not go quite as planned, and there’s a dead body to be disposed of as a result. Which promptly vanishes before it can be put in the grave they’ve dug for it. The whirring sound you hear is my eyes rolling at that plot device.

It plays as if writer Rosy Dawson and director White were big fans of both Shallow Grave and Reservoir Dogs, and decided that combining them was sure to be twice as successful. Uh… About that… The main problem is a complete failure to provide any interesting characters, whom the viewer is impelled to love or hate. The six wannabe criminals come over as vapid and entirely self-absorbed, offering only minor variations of the same middle-upper class stereotypes. The dead guy included in my count, likely comes off best – his lack of a pulse makes him easily the least annoying of them. The rest of these tedious tropes sit around the film’s one location and bicker at each other; I was delighted when they eventually started getting killed, mostly because it shut them the fuck up.

This leads to an odd shift, going from a thriller with psychological overtones, to something closer in tone to a straight-up slasher – only without any significant payoff in terms of cinematic violence. Admittedly, by this point, the movie had largely lost my interest. I suppose there is a marginal possibility, spectacular gore erupted, and I missed out, because it erupted quietly, while I was checking my phone. I wouldn’t bet on it. Instead, what you have is something that’s neither one genre nor the other, and really isn’t very good at either of them. Definitely a case where the cover is significantly more interesting than the film. Though since I watched this while stuck on a plane anyway, I guess can’t even submit the usual demand of the disgruntled critic, and request 80 minutes of my life back.