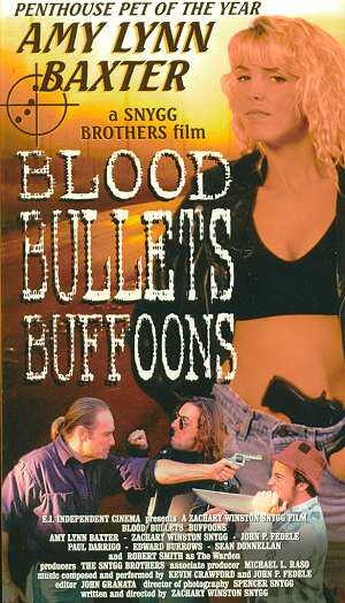 This is probably the most irritating movie I’ve seen in a long time, due largely to its sheer unevenness. There are moments of genuine effectiveness here, but there are also chunks of appalling badness – Snygg the director needs to tell Snygg the performer there’s more to acting than pulling stupid faces. He plays Jack Winston, a geek who gets involved in a drug deal gone bad, and is sent to jail; when he escapes, revenge on everyone who “done him wrong” is top of his priorities. This is uber-cheap, with most of the budget likely having gone towards getting a couple of girls to take their tops off. That’s no surprise, since Snygg is a pseudonym for John Bacchus, the man behind a lot of the hugely variable (that’s being polite) Seduction Cinema movies such as The Erotic Witch Project and Gladiator Eroticus.

The dialogue is largely sub-Tarantino wannabe nonsense, but the more original ideas, such as staging fights to the soundtracks from kung-fu films, work surprisingly well. There just aren’t enough of them to keep your interest going. The performances largely fall short of the mark too, though when Snygg isn’t mugging horribly, there are moments when you do feel sympathy for the poor schmuck. The story isn’t bad, with the tie-up at the end especially neat – it’s largely the amateurish execution that makes this eminently forgettable.