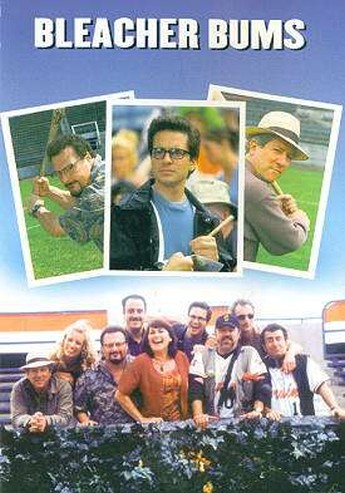 The Chicago Cubs are perhaps unique in sport. They last won baseball’s World Series in 1908, but still get 37,000 fans per game. As I write, they’re closer to the title than at any point since 1945; a good time to look at this film, based on a play written by a Chicago theatre troupe including both Stuart Gordon and Joe Mantegna. It features the ‘Bruins’ – a change demanded here by authorities, who disliked the gambling – but is really about their fans. Ten or so spectators, of various ages, interests and attitudes collide in the cheap seats. They watch the game, bicker, wager, and leave – until next time.

Okay, hardly enthralling stuff, but the focuses are character observation and dialogue (the troupe also produced David Mamet’s first play). This should be next to “ensemble” in the dictionary, with some ferociously sharp stuff, like the brutal heckling directed at the opposition’s outfielder. The cast is filled with actors you’ll half-recognise, and they seize their opportunity with gusto. The game itself is clearly played by amateurs, and a Toronto college ballpark is a weak stand-in for Wrigley Field. Yet that’s hardly the point. Anyone who has ever been a fan – of any game – will recognise the inhabitants and situations, and likely rejoice in them every bit as much as we did.