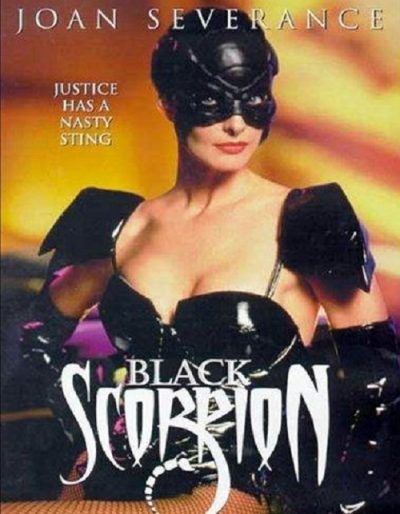 This is dreadful. However, it is dreadful in a heart-warming and largely enjoyable way, even if it’s admiring how the bondage-clad, vigilante, ex-cop, with a murdered father heroine’s high heels change from six-inch stilettos to flat boots, depending on whether she’s standing around being stern or kicking arse. Equally endearing is a low-rent Darth Vader known as (giggle) the Breathtaker, whose presence does at least explain the otherwise entirely superfluous prologue. Joan Severance looks great in the title role, like Xena: Warrior Dominatrix right down to her armoured ponytail + lovely blue eyes, though put it this way, she must also have gone through a few Lady Gillettes in that costume.

With so much effort spent making her look spiffy, the plot and characters suffer badly – for some reason, the credits include a ‘Donkey Wrangler’, which presumably refers to the actors, since I don’t recall any long-eared equines. And I’ve seen racist, sexist, homophobic movies before, but this is the first one where the villains are asthma sufferers. Roll on Part 2! Not to mention the proposed TV series, albeit without the depilated delights of Ms.Severance…