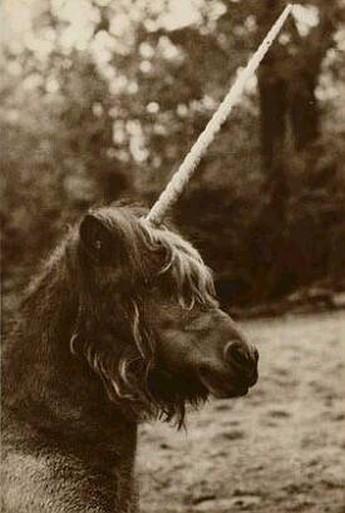 The fragments of this I’d seen, seemed pretty strange. Now, having seen it all, it could be the strangest film ever, set in a bleak, war-torn landscape, where men and women kill each other in cold blood. Lily (Harrison – Rex’s grand-daughter) finds refuge in a house inhabited by an old, bedridden woman (Giehse) with a ham radio, two adults (Dallesandro and Stewart), both also named Lily, and a lot of children, who run around naked after farm animals. Oh, and a shabby unicorn. Which talks and, frankly, is more coherent than the human characters. For there is very little narrative structure here, and many scenes make little or no sense. For example, one where Lily – er, that’s heroine Lily, to avoid confusion with the other two (the movie refers vaguely to a difference in spelling) – runs around a room stopping a series of alarm clocks from ringing. You’ll look for vain in for any explanation of what is actually happening, in either the house or the world at large. If I’d to guess, between the unicorn and the frequent snakes, I’d say something about sexual tension and awakening.

However, this is a great stab at capturing the look and feel of a dream, a tough job, rarely attempted for the length of a feature, especially these days [Walerian Borowczyk was perhaps the master, and this film dates from 1975, when he was in his prime with La Bête]. Helped by Sven Nykvist’s fine eye for cinematography, this reproduces the off-center, slightly delirious atmosphere of dreams, where even the oddest happening can make sense at the time. It isn’t quite sustained for the entire duration, most notably grinding to a halt entirely during a rendition of a song from Tristan and Isolde, by two of the house’s inhabitants, while Lily plays piano. This terribly mundane sequence, plays badly against the rest of the film, and almost derails things entirely. It does, however, illustrate perfectly the thin line separating art from tedium, and the rest of the movie falls solidly on the right side.