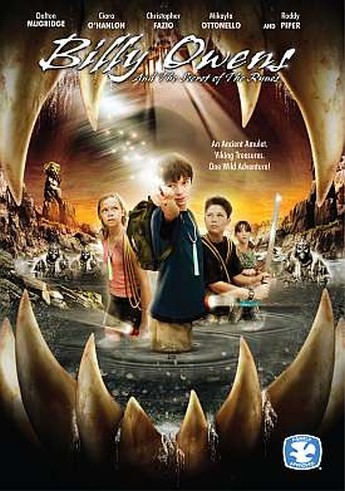 You may remember our review of the original, which was basically the critical equivalent of a going-over in a dark alley, with baseball bats. Well, the Community Players Group of Sarnia are back with a sequel. And it’s a distinct improvement on the original. Ok, while we are still not talking “good”, by any standards applicable outside Sarnia city limits, viewing it didn’t leave me with the urge to drive nails repeatedly into my cerebral cortex, in a desperate attempt to destroy the experience, which I felt last time. It does remain a cheap Harry Potter rip-off, with Billy (Mugridge) once again embarking on an adventure, this time to try and rescue the soul of his magic teacher William Thurgood (Piper), which has been sucked into a necklace. The kids have three days to save him, though they demonstrate a complete lack of urgency, meandering around a horse0farm and improving their tree-fort, rather than doing anything productive on the Thurgood-rescuing front.

It’s not as actively painful as last time, and there is enough improvement to make me think that, if this is maintained, then the series could eventually become worthwhile [even if Billy Owens will probably need to be a middle-aged accountant by that point]. However, at the moment, the conclusion is much the same as last time: if you’re looking for a film “like” Harry Potter, why not rent Harry Potter?