When it comes to cinematic revenge, I’ve come to expect nothing but the very best out of Korea. The films of Park Chan-Wook, like Oldboy, set a very high bar, and there are plenty of others worth watching, such as The Five. Despite plenty of glowing reviews, and a 7.3 IMDb score, this falls significantly short in a number of ways.

Initially, it seems the story of Hae-won (Ji). She’s a bank official in Seoul, and not a very nice person, unwilling to do anything to help others. This eventually comes back to bite her, and she takes a holiday, returning to the remote island where she grew up, now home to less than a dozen people. There, she is reunited with childhood friend Bok-nam (Seo), and the rest of the film is mostly her story. Bok-nam and her young daughter are at the mercy of her abusive husband Man-jong (Park), but Hae-won offers a glimpse of the outside world and a possible better life. When Bok-nam and her daughter try to leave, Man-jong stops her, with tragic consequences. Hae-won refuses to get involved, and that proves the final straw, pushing her friend over the edge. That hand-sickle she has been wielding, isn’t just for agricultural purposes any more. 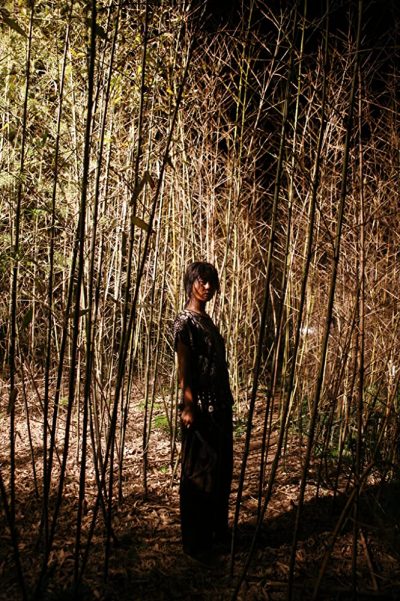 I’m not sure quite what the moral of this is, except for “Don’t take trips to isolated island communities”. Mind you, I’ve seen enough films to be aware of this guideline already.  Just ask Sergeant Neil Howie. It’s all too obvious to be effective. Bok-nam is such a complete doormat and Man-jong such a total bastard, both come off as little more than caricatures. For instance, discovering the true depths of Man-jong’s depravity should be a shocking revelation. But instead, it feels more like, “Of course he would be doing that.” The length of this middle section also grinds down the viewer, going past what feels necessary. As a result, when Bok-nam is finally pushed too far, and snaps, it is less cathartic than provoking a reaction of, “Well, and about time too.” The switch in character focus feels awkward as well: I found myself wondering why they were spending so much time on a supporting character, before eventually realising what had happened. It mirrors the plot’s somewhat clumsy combination of elements from Deliverance and Death Wish. Not necessarily a bad thing in itself, such a crossbreed should just probably not take itself so seriously as this does.

That isn’t at all to say it’s without merit. Ji’s performance is justifiably award-winning, giving Bok-nam a depth which the script didn’t bother to provide. And when things do eventually kick off, the movie appears intent on making up for lost time in terms of gory mayhem. Bok-nam’s vengeance is not limited to the population of her island, either. Yet once it was over, there was little if any lasting impact. Except,  perhaps, for crossing Korean islands off our list of potential holiday destinations.