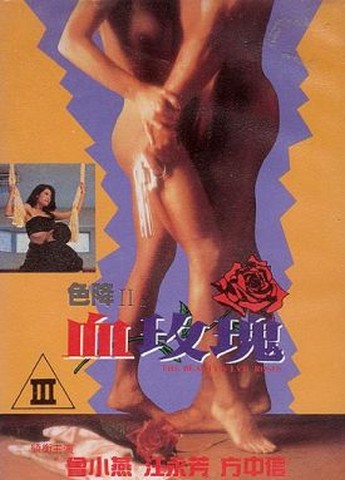 My head hurts. This film has a rep as being one of the most off-the-wall of the Cat III Hong Kong flicks, and while there’s no denying it lives up to that, with plenty of soft-core sex, lesbian canoodling and S/M overtones, I’d probably have traded some of that for coherence. The film starts with a woman going into a police inspector’s office, seducing him right there before some kind of possession thing apparently takes place. It’s about the last we’ll see of any meaningful plot for about half an hour, with the film instead delivering any number of scenes that either sex or entirely irrelevant. Both appear to have been edited with a weed-whacker, though I did enjoy the hijacking of the Heathers soundtrack. When things eventually settle down, we have a man (Wong Wai-Leung) searching for his girlfriend (Wong Wing-Fong), who has been abducted by an evil cult under high priestess Da-Shie, and a police office (Fong) who is investigating the spate of missing girls, and who had a hot model girlfriend. There’s also a Taoist priest (above), who appears to be a dollar-store version of Lam Ching-Ying from the Mr. Vampire movies, who probably read the script and declined to take part. He counters the evil magic of the priestess, but pays the ultimate price in setting up the final battle between good and evil.

At least, I thnk so. I just watched the film, and am not certain the above makes sense. I’ve read multiple synopses online, some of which differ in radical ways, e.g. one claims it’s Da-Shie who goes into the police inspector’s office, another says it’s someone totally different. The film really doesn’t care about details, it’s far more interested in things like the three-lipped tentacle that comes out of Da-Shie’s palm, that she uses for enforcement purposes, or the battle on the astral plane. The astral plane looks like a bad 70’s prog rock video. Who knew? [Here’s a clip showing the tentacle] In terms of entertainment value, it improves as it goes on. The first half-hour is filled with dull sex scenes, and the film only starts to pick up when it gets past this, into the more occult and bizarre angles – once it does, it can’t be accused of being dull, that’s for sure. The evil priestess is good value for her role, and it’s certainly the kind of berserk item which could likely only have come out of 90’s Hong Kong.