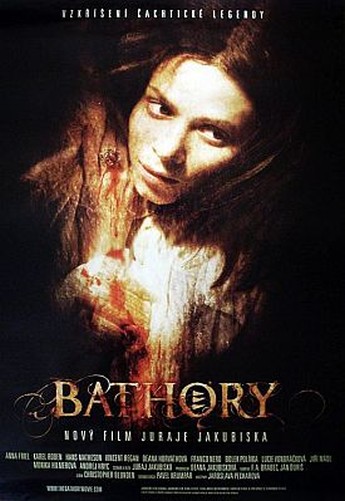 Who would have thought that a movie about the biggest female mass-murderer of all time could be so… Well, dull? The legend of Countess Erzsebet Bathory, has been mined by more than one movie before, usually concentrating on the sex ‘n’ violence, e.g. Countess Dracula, Immoral Tales or even Hostel II. This is a good deal more sympathetic, and there’s potential for a film mining the political intrigue angle. Basically, it suggests Bathory was accused of murder and other hideous crimes, mostly to allow those envious of her wealth to confiscate her property and possessions, and also for religious reasons (she was Protestant, the Habsburgs ruling family were Catholic). It certainly wouldn’t be the first time fabrications like that had been made for economic purposes: see also the suppresion of the Knights Templar in the 14th century for “heresy”, largely because that crime allowed French King Philip IV to dodge his debts to the order. However, the film here tries to have its cake and eat it, with Bathory (Friel) also presented as an unstable character, who stabs a maid to death with a pair of scissors, and spends much of the film in the thrall of a local witch.

Hard to sympathize fully with a character like that, and the rendition of events is so badly assembled, that unconsciousness poses a serious problem – I had to view this lengthy (138 minutes) work in three parts, with pauses to walk about and get some fresh air. There’s no sense of progression, events unfolding across about 25 years, and the result is painfully disjointed. There are hints that Bathory is a woman born before her time, but this is never developed, and she comes across more as an easily-swayed, borderline loony, than a strong female character. I was also soundly uninterested in the romantic subplot involving the Countess and the painter, Caravaggio (that whirring sound is Derek Jarman spinning in his grave), and the “comic “relief” monks. On roller-skates, I kid you not. Apparently, this $15 million production was the most expensive ever made in central Europe. Spending it on beer and strippers – as we used to do on our trips to the region – would have been a better investment.