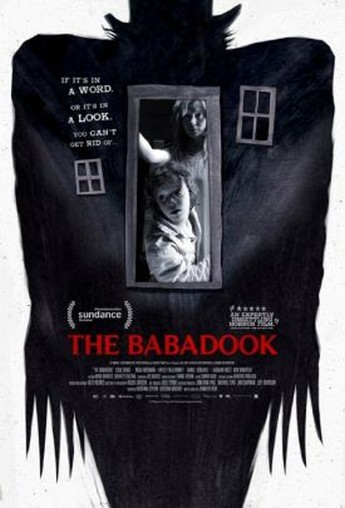 Riding in on a wave of critical acclaim, this Australian psychological horror is… okay, I suppose, but certainly falls short of the hype raining down on it. I don’t think I’ve been more underwhelmed by a horror movie since Tucker & Dale vs. Evil. Not to say it’s bad, just that I figured out early on it was all a metaphor for mental illness – that is not exactly difficult, to such an extent I don’t even feel it’s a spoiler – and, once you’ve done this, the film doesn’t have that much to offer beyond plenty of atmosphere. Amelia (Davis) has been bringing up her son, Sam (Wiseman) by herself, her husband having been killed in a car accident on the way to the hospital where she gave birth. However, Sam’s special needs are proving increasingly problematic, and matters aren’t helped by his firmly-held belief in a monster under the bed. A pop-up book appears out of nowhere in the house, telling the story of the Babadook, a monster which torments those aware of its existence. Strange incidents increasingly plague mother and son, and Amelia’s inability to sleep helps accelerate the strain on her mental state, and she starts to blame Sam for the situation.

There are two issues here. Firstly, a threat which is purely internal isn’t much of a threat at all. Secondly, watching someone go mad, eventually reaches a point where it’s of limited interest, and here, that happens probably not long after the half-way point. Kent certainly has the handle on generating plenty of creepiness, and the Babadook is a very cool monster, both on the page and when it comes alive, to lurk in the dark corners of the house. Davis is a sympathetic character, and Wiseman is either very good at playing a mentally-impaired young child or is genuinely impaired, I’m not sure which: you can certainly understand the stress caused by having to care for such a kid. However, that all falls some way short of being sufficient to sustain a feature-length narrative, and we’re left more on the outside of Amelia’s head, looking in, rather than being left to wonder whether there is any objective truth to her experiences. Insanity needs to be filed alongside “doing drugs” and “having a party”, as things that are probably much more entertaining to experience directly, rather than second-hand on film.